Cottage Point Inn is perfect as the centrepiece for creating a wonderful day’s event – a special lunch in Sydney’s north. 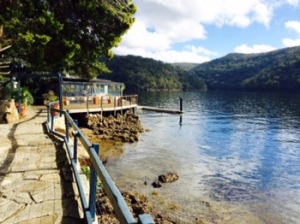 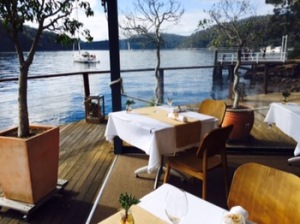 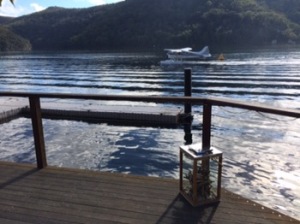 They are beautifully cared for by Guillaume Zika – Executive Chef ….. 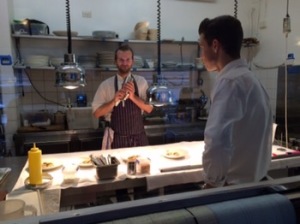 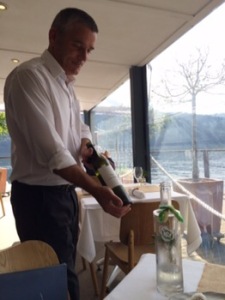 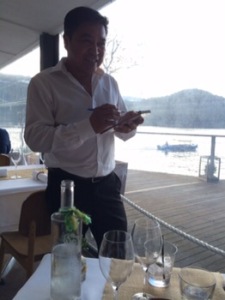 We began with Jim’s recommendation of a lovely Sangria made with elderflower liqueur, port and juice of ruby grapefruit and poorman’s orange. 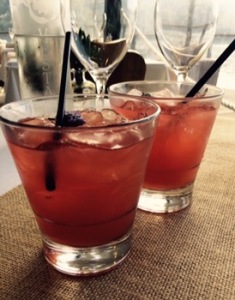 This was served with warm bread with a faint lemon flavour and stylishly served butter….

We were very tempted by the  the degustation menu, but decided instead to share a selection from each course. 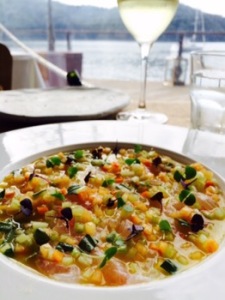 …and Jim suggested an unusual Argentinian White Fantasia that is usually paired in the degustation with the veal tartare. 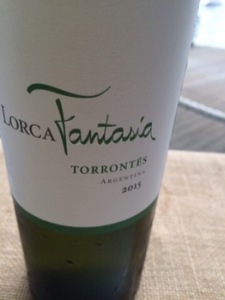 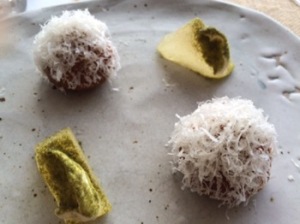 And after we’d enjoyed our entrees we were again surprised with another entree dish of the Moreton Bay Bug Citrus & Fennel, Lemon Hollandaise, usually $38, which turned out to be my favourite entree ( my second pick would be the veal tartare).

The mains we decided on were the Port Lincoln Spanish Mackerel Braised Endive with Capers & Smoked Parmesan, Noilly Prat Sauce $45… 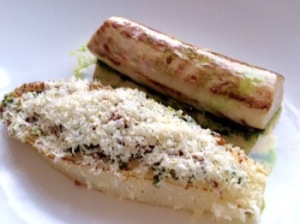 Both were lovely and, like many others before us, we really did enjoy the Lemon & Herb Dauphine Potatoes $10.50 to accompany them.

Then another complimentary dish arrived – what must almost be a signature treat – of Roquefort cheese & green apple jelly with walnuts- perfect!

This was a meringue shell filled with a lemon curd and nicely highlighted, unusually, by the basil. Gorgeous!

Coffee was the perfect way to finish, especially as by now it was getting late in the afternoon…..

…..with a final unexpected accompaniment of aerated chocolate petit fours.

This is not a meal to be rushed. It deserves plenty of time to enjoy the relaxed and peaceful setting, the attentiveness and passion of the hosts and the creative talent in the dishes.