The very lovely Ms Frugal Ears is keeping the blog warm today while I head to India to bring back a whole bunch of new tips for South India foodie travel. She’s treating us to a wonderful trip to the new Zaab! Happy and delicious reading! 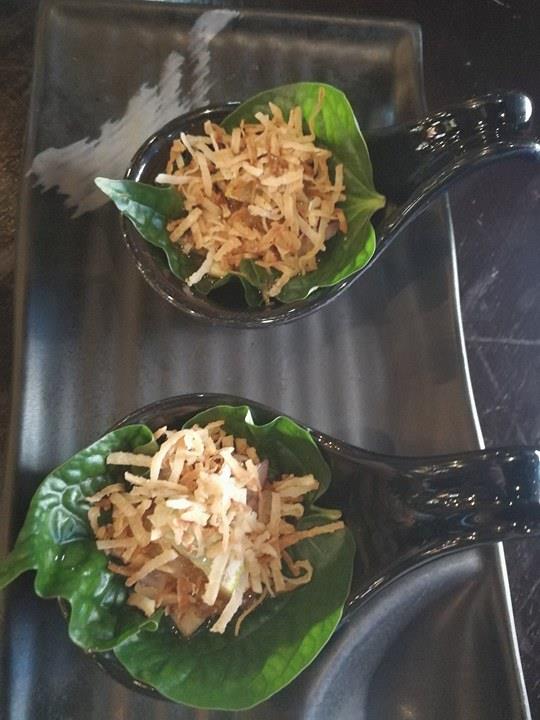 I felt that Zaab’s offerings probably looked a bit too much like street food, depending on what you were expecting. And I’m not sure what I was expecting, other than something that grabbed me as being unique and different. My dining companion had lived in Southeast Asia, and you know when you have been there that nowhere in Canberra can compete with the original backpacker/traveller atmosphere – nor the price – of South-east Asian dining. Even if the food doesn’t grab you, Zaab provides a great backdrop for reminiscing about travels to Southeast Asia and planning new ones. It is also a whole lot of fun.

We dined on a balmy mid-week night, arriving very early, and sat right out the front – the entrance is open to the street. The place was quiet – not dull, but subdued. A few weeks later I happened to walk by at the midnight pumpkin hour on a Saturday night, and Zaab was pumping. A street food cart, which was parked on the front verandah when we dined (I wondered if it was supposed to be part of the décor), had been moved out onto the pavement and they were serving up meals to passing Lonsdale St customers. It looked and felt like a pub in Southeast Asia, with music blaring and crowds of happy people drinking beer and cocktails.

I ordered (on the waitress’s recommendation) a Crazy Coconut cocktail, which was a vodka, strawberry and coconut concoction served in a coconut shell. I felt like I was on a cruise ship to Hawaii.  It didn’t taste very alcoholic, which can be dangerous. My companion had a Singha beer – Zaab has a selection of Asian beers including from Lao, Thailand, China and Japan. 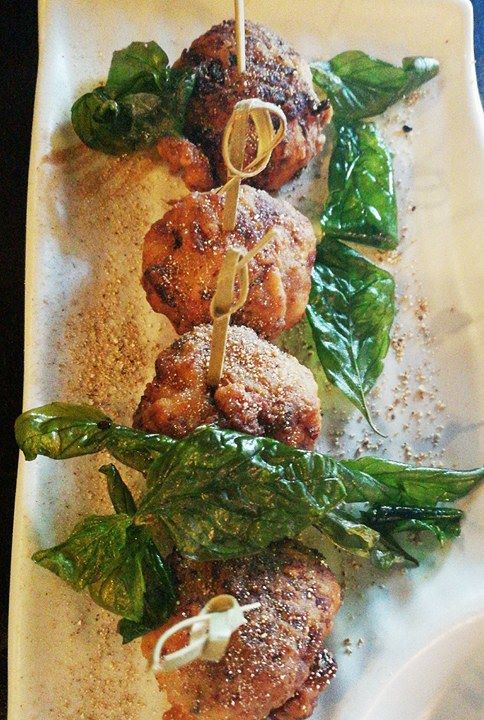 We opted for small snacky things to share rather being bogged down with substantial meals. I liked the Betel Leaf canapés ($4) each, which we were encouraged to down like oysters. The waitress could not tell me where they source betel leaves from; presumably, they come from Sydney. Larb bites ($8) were potentially interesting but disappointing; they were more like Mum’s rissoles than the Lao classic larb. 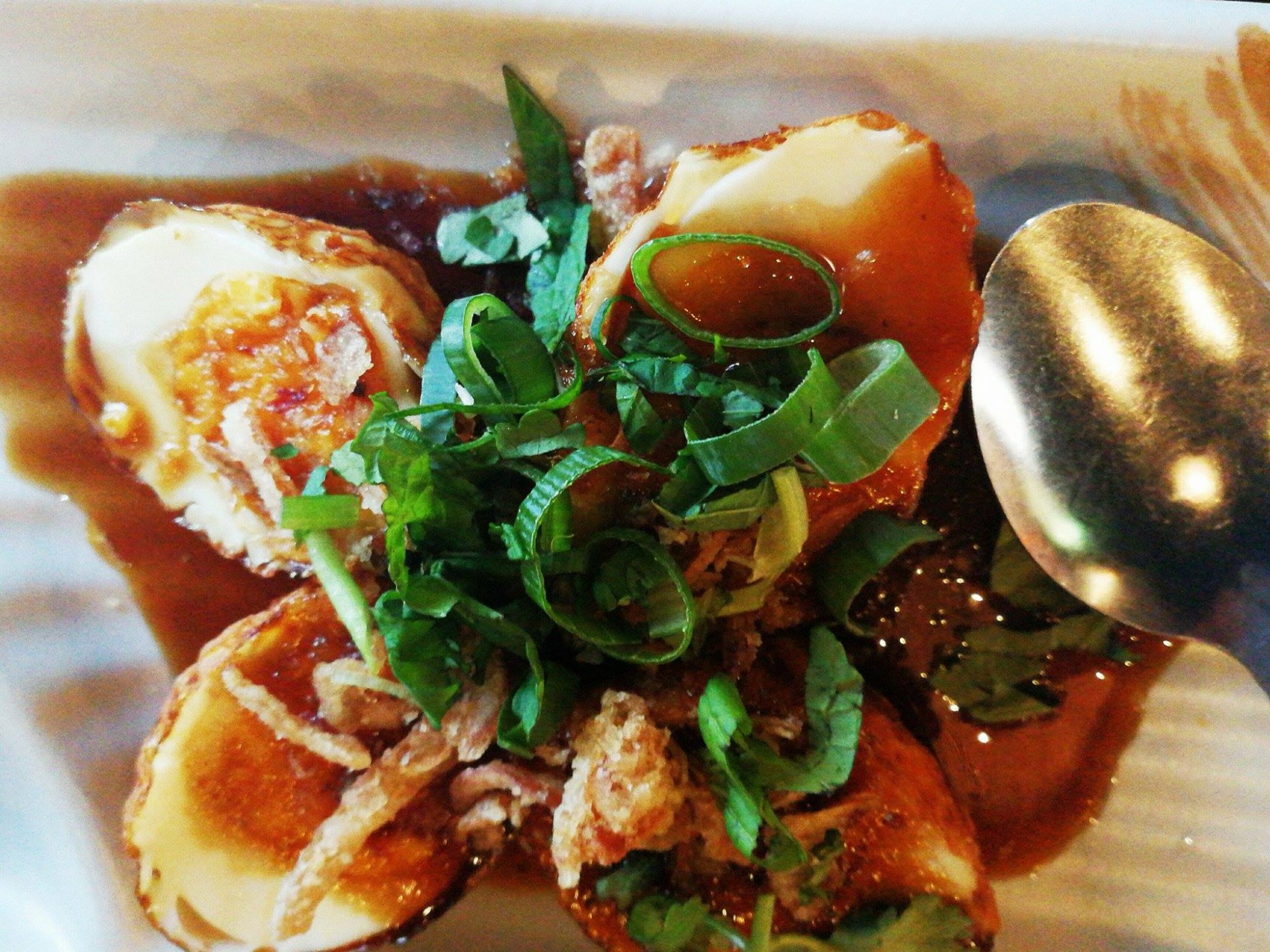 But if you dine at Zaab, do order Son in Law eggs ($10). Why the name?  Apparently, this Thai dish is cooked by a mother-in-law if her daughter’s husband hasn’t been behaving too well. The not so subtle message of the deep-fried eggs communicates that he had better behave or a certain part of his anatomy could be deep-fried next. The story put me off these eggs a little bit at first, but I got over it quickly because the creamy, crispy fried eggs with sour tamarind sauce were yummo. 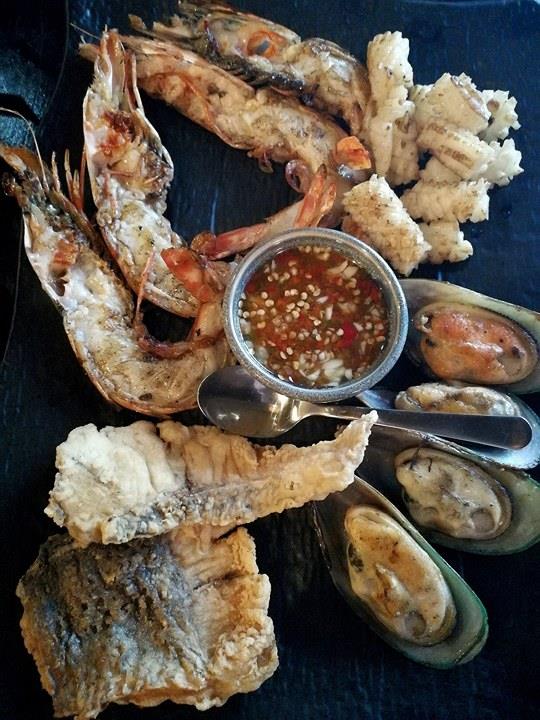 We were a little underwhelmed by the grilled seafood for two ($28), which was not as abundant or fresh as I would have liked it to be, although the grilled calamari had a nice flavour. 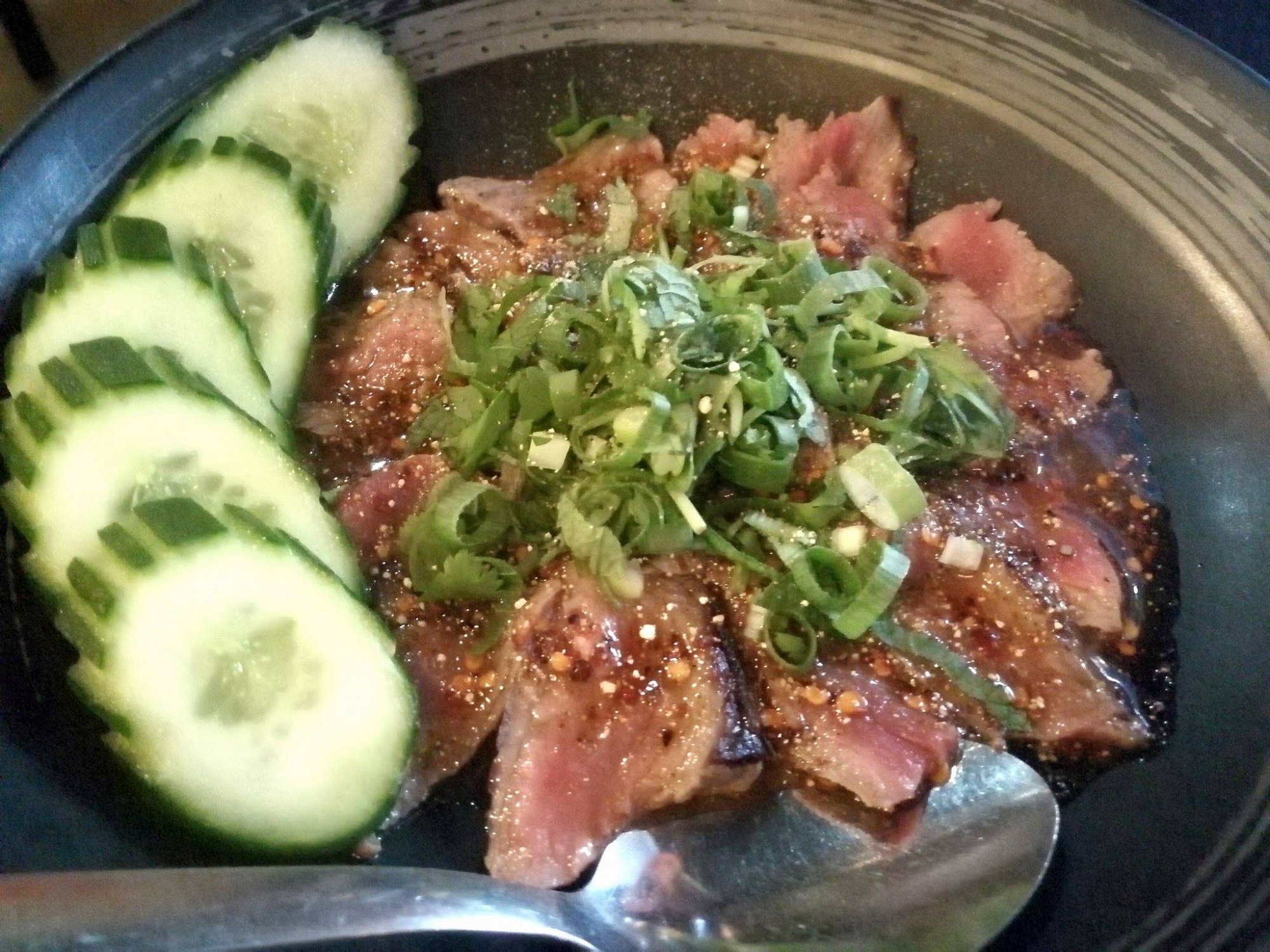 My favourite dish was the Crying Tiger ($16) which was served spicy hot, rather than the more usual extra fiery hot, at my request. The dish is kind of like a Thai style carpaccio of medium rare beef slices covered in a spicy sour sauce. While it wasn’t a super large serving, it is a great dish to enjoy with beer – or another one of those Crazy Coconut cocktails.